Matt Busch’s first full length feature, CONJURE, is a supernatural thriller that shattered records and became the “Highest Pre-selling Movie of All Time” according to HorrorMovies.com.

Finding his high profile illustration career to be less than meaningful, Busch visits a nearby graveyard and stumbles upon an old photograph of a South-American castle. Obsessed with the photo, Busch begins to bring the castle to life with a vibrant full-color painting, at the same time creating sinister sketches of the tortured souls he imagines inhabiting the gothic dwelling.

Meanwhile, Busch’s girlfriend Sarah is confronted with phantom encounters throughout the rest of his home. The more Matt conjures the spirits through his art, the more intense these ghostly encounters become. Eventually the art becomes so real, that Matt and Sarah find themselves manifested in the actual castle, lost in the never-ending jungles of South America. There they must find a way home, and confront the demonic spirits conjured from Matt’s twisted nightmares…

“Low-budget indie movie making can be a beautiful thing, especially when those behind it have the passion that comes through on the Conjure DVD.”
-FANGORIA

“For the lover of indy horror, Conjure promises to be one of the true gems in your collection.”
-MarsDust.com

“Visually and technically, Conjure is a great example of how to put together a low-budget, independent movie.”
-Kevin J. Lindenmuth, Author of THE INDEPENDENT FILM EXPERIENCE

“Conjure really is cool and one of the best low budget independent movies I’ve seen that actually got creative and made an impression on me.”
-TerrorWatch.net

“Conjure is a wicked fun movie, and I loved everything from its FX to its soundtrack. Even the Bonus Features blew me away!”
-Grant Gould, Artist STAR WARS, LORD OF THE RINGS 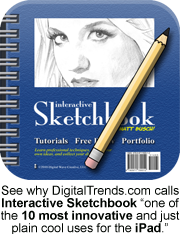